The Shaolin Buddhist Temple on Mt. Songshan is where Bodhidharma retired to create the original Zen Buddhism (“Chan” Buddhism in Chinese) and the original Shaolin Kung Fu based on his Indian martial arts training (Kalaripayattu).

The Shaolin Temple was burned down a couple times and the original books by Bodhidharma were destroyed. For better and worse this led to Shaolin Kung Fu evolving over the past 1,000 years.  This Shaolin Zen Temple founded by me, Buddha Zhen Shen-Lang “Spirit Wolf of Truth, is based upon the Shaolin Kung Fu of 1,000 years ago after a couple major evolutions of style and influences.  The weapons I teach are the weapons of 1,000 years ago in China.  These Kung Fu “dances” that I call “forms” require great effort and a lot of time to master.  Hence my translation of “Kung Fu” to mean “Time & Energy.”  This dedication of the student to learn these complicated and difficult routines result in the mastery of the body and control of the mind.

In order to create more than an athlete, all my schools and programs also include the Zen Buddhism of the Shaolin Temple and other philosophies of ancient China including Taoism, Confucianism and Strategy based upon the book Art Of War by Sun Tzu.

Most importantly, there is NO SPARRING in any of my schools.  My students have proven that these Shaolin Kung Fu moves work in real life self defense situations.  One of my students called to tell me he was attacked in a parking garage by three criminals.  The first one attacked him with a knife.  The other two had to carry him out of the parking garage.  A couple of female students have also contacted me to tell me they had defended themselves against rape attacks.  In fact, my highest ranking students are women because of our NO SPARRING rule.  There has also never been a broken bone or even a dislocation in any of my classes since 1984 when I began teaching.

Want to be a hero?  Learn my traditional Shaolin Kung Fu, Taoist Tai Chi Chuan and Confucian Strategy.  I have taught in prisons and drug rehabilitation centers with better results than any other program I know of.  After teaching at the maximum security prison I checked back several years later and they informed me that instead of 80% of the inmates returning as normal, the recidivism rate was only 20% and one student had become a fugitive only because he would not inform on someone.

Let’s make the world a better place by making you a better person.

The Zen Buddhist Podcast of Shaolin Zen will illuminate all the above topics.  Glad to have you here.

Subscribe to the Zen Buddhist Podcast at iTUNES or...

I founded this ONLINE Temple of the ORIGINAL Zen Buddhism (Chan Buddhism) in 1999 at www.ShaolinZen.org   I used this website to teach my children the Original Buddhism of Shakyamuni Buddha (Siddhartha Gautama) and the Original Zen Buddhist of the Shaolin Temple in China.  I also used this as the source material of the first podcasts in 2006 of the Zen Buddhist Podcast of Shaolin Zen.  By reading the material on this website and discussing it with additional stories of my life as a Mr. Mom I created an enormous following.

I apologize for all those who may have felt abandoned when I became a homeless monk and could no longer afford the hosting fees to maintain my podcasts.  I learned a lot from devoting my life to raising my children.  I also learned that my expectations of my children being an investment in my future was wrong.  I truly enjoyed raising them and being with them 24/7 as a Mr. Mom.  But I had expectations.  Yes, there’s that word we consider to be the birth of suffering.  So I suffered, and learned.  I can’t regret the love and compassion and satisfaction I had while raising my children, but filial piety is not to be expected in our modern world.  I’ve learned accordingly and look forward to sharing my illumination and enlightenment from what I’ve accordingly learned.

I enjoy counseling my students and their families and now I know a lot more than I did then.  I look forward to helping my students, friends and listeners be more successful in their lives — and I’m much wiser now than then. 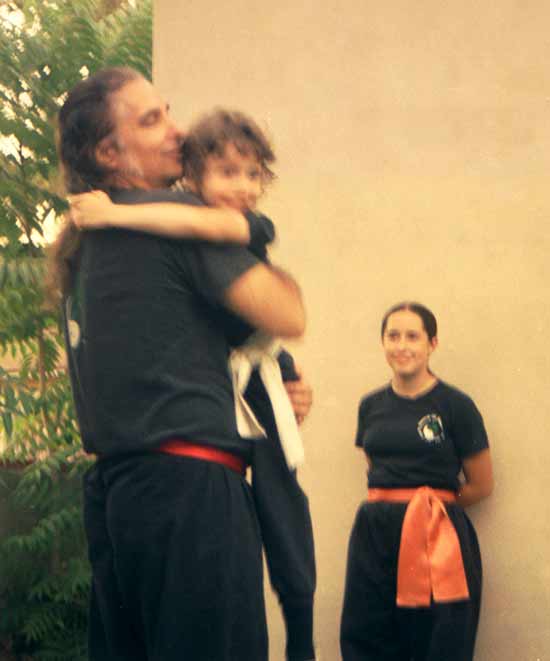